This page is a printable version of: https://www.iow.nhs.uk/Working-With-Us/learning-zone/clinical-educator.htm
Date: 09 August 2022 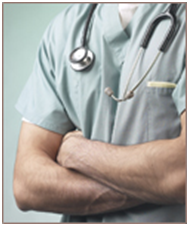 The Clinical Educator of the Year prize goes to the doctor who attracts the most commendations from a ballot of Junior Doctors in recognition of the quality of their clinical teaching over the preceding year.

Those who have received the prize are:

From Friday 8 July 2022, all patients, staff, and visitors are asked to wear a face mask at St Mary's Hospital and all other Trust sites.

This is in place to help protect our patients, staff and community.

We would like to thank everyone for their support, and to be assured that the COVID-19 measures are regularly reviewed.

Our visitor policy allows patients two visitors a day, for up to an hour.

Please visit our Patients and Visitors page for more information. This page was last updated on Friday 8 July 2022.