This page is a printable version of: https://www.iow.nhs.uk/Working-With-Us/oliveira-library/black_history.htm
Date: 29 January 2023 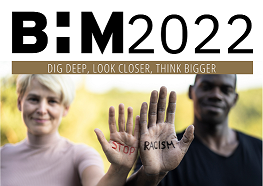 Please see also the Equality and diversity pages on the intranet

Black History Month | This Web portal is a collaborative project of the Library of Congress and the National Endowment for the Humanities, National Gallery of Art, National Park Service, Smithsonian Institution, United States Holocaust Memorial Museum and U.S. National Archives and Records Administration. (Please note that the USA celebrates Black History Month in February, whereas the UK celebrates in October.)

United States Holocaust Memorial Museum | Special focus Exhibition on Black history | There were relatively small numbers of Black people living in Nazi occupied Europe and their fates varied. Black American soldiers serving in WW2 were involved both as prisoners of war and as liberators of the concentration camps.  (Please note this website includes graphic images of extreme brutality and mass death)

Routes of Enslaved Peoples | Resistance, Liberty and Heritage Project | UNESCO - The "Routes of Enslaved Peoples" Project supports and promotes sites that bear witness to the history of the slave trade and slavery. These sites, which are necessary for the commemoration of entire populations subjected to what is considered to be the longest crime against humanity, represent true itineraries of memory.

1619 Project | The The New York Times Magazine’s award-winning reframing of American history that placed slavery and its continuing legacy at the center of our national narrative. The project, which was initially launched in August of 2019, offered a revealing new origin story for the United States, one that helped explain not only the persistence of anti-Black racism and inequality in American life today, but also the roots of so much of what makes the country unique.

We are asking everyone to help us by:

This page was last updated on Tuesday 17 January 2023.